Dragon's Hoard is a free fan-made single-player mission for Overload by NebulaFang released March 15, 2020. You play as a Williams, an inept pirate and Kodachi pilot, instructed to steal "everything you can carry" from the Dragon's Hoard Biolab and then destroy the lab. The mission is one level long and offers about an hour of gameplay. Dragon's Hoard is notable for high difficulty and technical gameplay puzzles. It features a custom soundtrack and voice acting.

Dragon's Hoard takes place after the events of Cronus Frontier. An installation called Biohazardous Facility DH-1X, codename Wyvern's Hoard, is an unmarked facility suspected to contain alien technology and mutagenic weapons. The player character Williams is tasked with looting and then destroying the titular installation, the latter objective being something he's said to have forgotten on past missions. Williams ransacks the biolab, destroys an alien reactor near the facility, and escapes the overload through an alien portal.

At the conclusion of the campaign, the Kodachi's black box is eventually recovered in the Andes Mountains, Earth. It reveals that Williams' life signs became anomalous in the wormhole, and after re-emerging the pilot was stated to be "reptile, undiscovered species." The last black box entry records the pilot exiting the vehicle three kilometers above Peru and "gaining altitude" before the Kodachi crashes. Williams' fate is unknown. 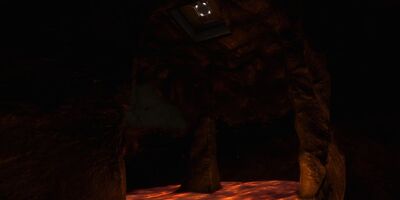 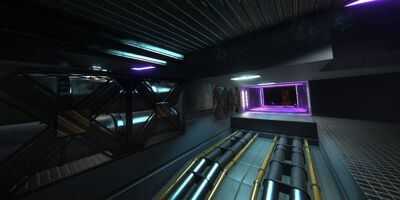